In this article we discuss what funnel stages are and how to use them.

To get the most out of this article, we recommend you familiarize yourself with segments and milestones first.

The funnel stage filter is a powerful segment builder in Element451. If you create a segment using a funnel stage, you will get a list of people in that stage of the higher education funnel (for example, all of the people who have submitted an application or all the admitted students who have submitted a deposit). Funnel stages are calculated using the milestones of an individual user, and the definitions of each funnel stage based on their corresponding milestones are listed below. Funnel stages are one of the most useful segment builders and should be used for exports, rules, and more.

The 12 funnel stages and their milestone properties are as follows. For a list of milestone types in order, see here.

Now we’ll walk you through an example of how to use the funnel stage filter. First, select a funnel stage by clicking Add Filter and choosing Attributes for Type. Then select Applicants Submitted for Funnel Stage. 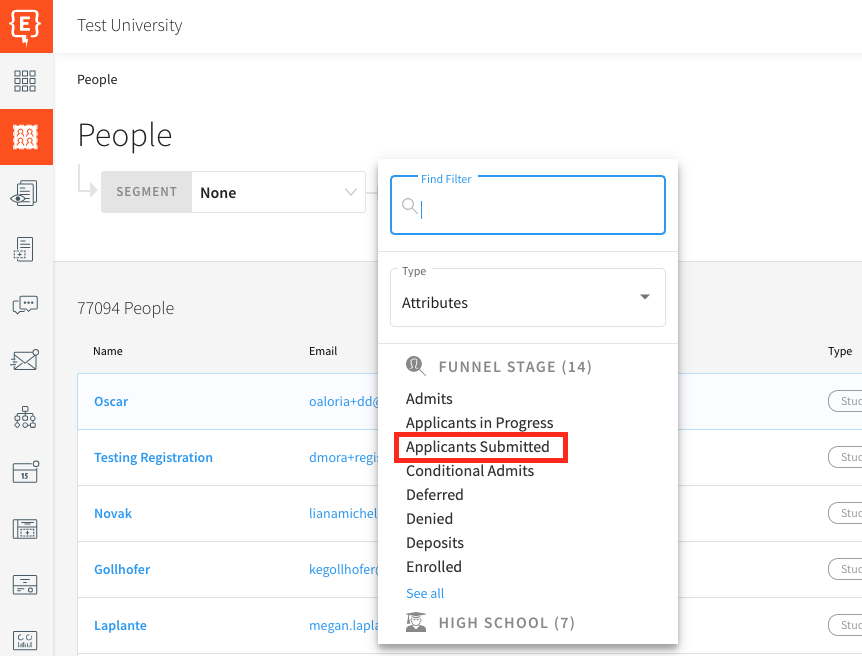 Under Add Action Property, you can then select “Application Term is Summer 2020.” 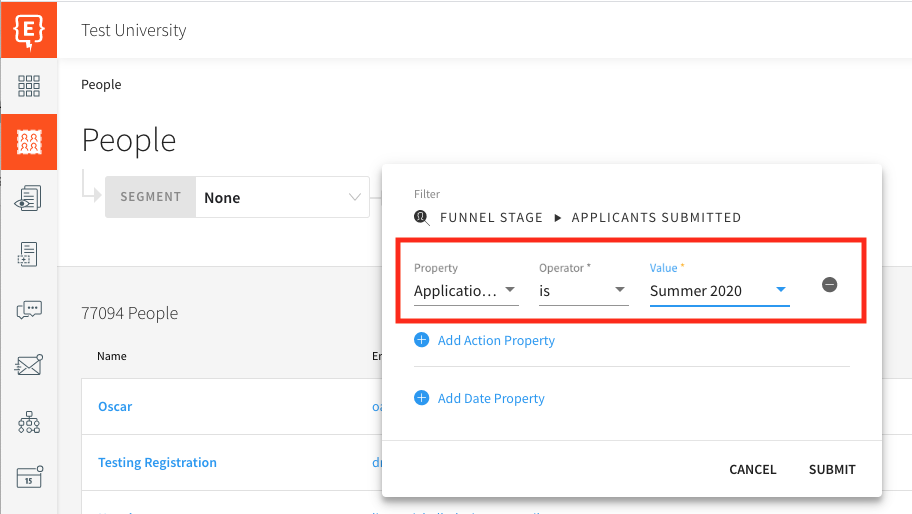 Next, you can add a Date Property like “Applications Submit Date From 10 to 0 days ago.” 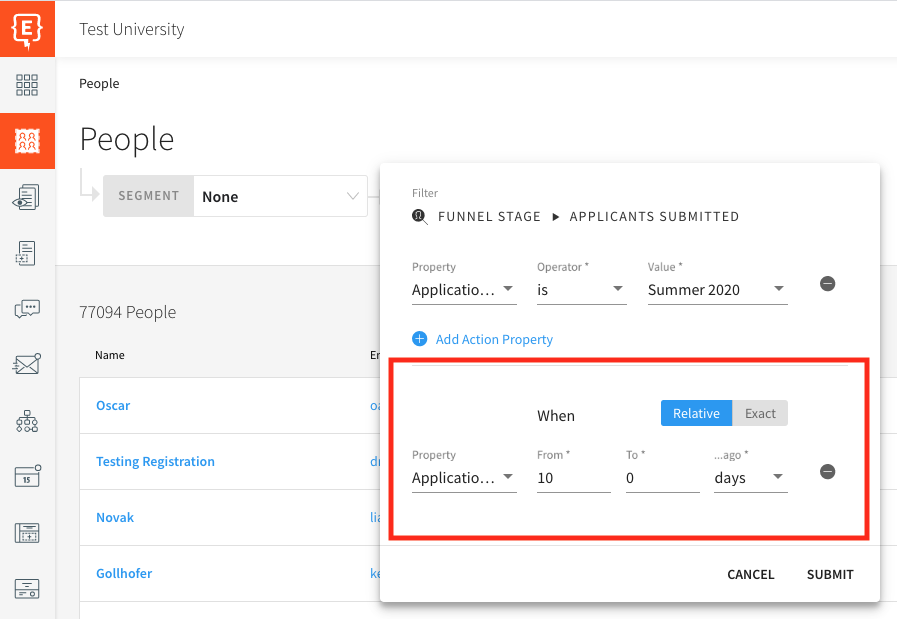 Click Submit and you will see a list of all the people who have reached the Application Submitted milestone for the term Summer 2020 in the last 10 days.

Pro tip: By using funnel stage properties, you can easily combine your funnel stage segments with other properties like term, major, and student type.

Did this answer your question?